University of Maryland assistant professor Michael Gollner (Department of Fire Protection Engineering) explained–and demonstrated–the phenomenon known as a fire tornado in an episode of Daily Planet, airing on the Discovery Channel in Canada. The episode was part of the series’ “Forces of Nature Week.”

Gollner demonstrated several experiments he and his group use to predict wildfire behavior, including extreme events such as the fire tornado, also known as a fire whirl.

"There are still so many things we can discover and learn that will save people's lives," he explains in the segment. "[We're] trying to understand how the fire actually jumps between...fuels and spreads and grows...And if we can understand that, we might be better able to predict where the fire is going to go." 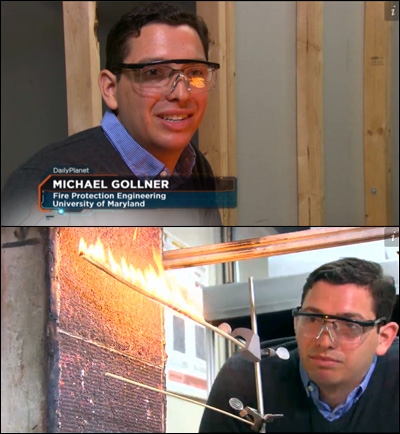