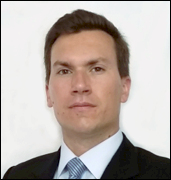 It is inherently difficult to accurately measure the behavior of weak flames. Flammability limits of premixed flames are one example. These limits are the subject of ASTM E681, ASTM E918, and ASHRAE 34. This proposal considers ways to improve the accuracy and reproducibility of the flammability limit measurements of ASTM E681.

An ongoing push toward sustainability of refrigeration systems will require the adoption of low global warming potential (GWP) refrigerants. Owing to concerns about fire safety, the first to be adopted will be A2L, or A1 but very close to the border with A2L. The A2L designation requires a lower flammability limit (LFL) above 3.5%, a heat of combustion below 19 kJ/g, and a laminar flame speed of less than 10 cm/s. Blends of A2L and A1 refrigerants may result in A1 classification and low GWP. The ASTM E681 test is essential in determining whether a refrigerant is mildly flammable (A2L) or not flammable (A1).

Laminar burning velocity of refrigerants and other halogenated hydrocarbons has been considered in depth, e.g., Linteris et al. (2013), Moghaddas et al. (2013), Takizawa et al. (2013a,b), Pagliaro et al. (2015), and references therein. While this measurement has its complications, especially for A2L refrigerants, it does not involve flames that are as weak as those near the LFL.

Measurements of LFL have received much less attention. Richard (1998) identified uncertainties associated with ASTM E681 tests of LFL owing to the small vessel size (5 L, or 12 L for weak fuels like A2 refrigerants). He performed tests of refrigerants in a 200 L vessel and used the results to propose improvements to the ASTM E681 standard.

Wolmendorf and Grosshandler (1999) measured refrigerant LFLs using twin counterflow premixed flames. They recommended this configuration for refrigerants instead of ASTM E681, which they said had “greater sensitivity to test conditions and ambiguous limits.” Unfortunately the twin counterflow flame system is not viable as a standard test because this requires difficult velocity measurements and other diagnostics. It also requires extrapolation to zero flame stretch, which has large uncertainties.

Takahashi et al. (2003) found that LFL measurements could be strongly affected by the vessel size and shape. Kul and Blaszkowski (2007) used a modified ASTM E681 apparatus to measure the LFL for refrigerants. They too observed problems with the limited 12 L size of the ASTM E681 standard apparatus and proposed that an extrapolation to infinite vessel size yielded the fundamental LFL.

Takizawa et al. (2009) measured LFL of refrigerants in a 12 L sphere according to ASHRAE 34. Contrary to most previous studies, they did not report any problems with accuracy or reproducibility.

ASTM E681 defines flammable conditions as those for which the flame spreads “upward and outward to the walls of the flask [and] are continuous along an arc that is greater than that subtended by an angle equal to 90°, as measured from the point of ignition.” This is a subjective visual determination and it is sensitive to how and when the flask vents. In contrast, ASTM E918 avoids both shortcomings by using a sealed vessel and a definition of flammability based on a maximum pressure rise of 7% or more.

As summarized above, much remains to be learned about the accuracy and reproducibility of the ASTM E681 determination of flammability limits for A2L refrigerants.

The methodology is divided into five tasks as follows:

Vivien Lecoustre is a Research Associate in the Department of Fire Protection Engineering. For further information about his research, Vivien can be contacted at: vlecous1@umd.edu.